Michigan’s beloved Detroit Red Wings ice hockey team started their 2017 season in the new Little Caesars Arena located in downtown Detroit. The $627 million, 20,000-seat structure consists of over 7,500 pieces of steel. The multi-level arena starts 60 feet below ground and climbs to a height of 180 feet. Ironworkers Local 25 out of Novi, Michigan, had to scale and climb in the cobweb of 1,200-pound pieces of steel more than 100 feet in the air to build the structure, and Sunbelt Rentals was there to support them! 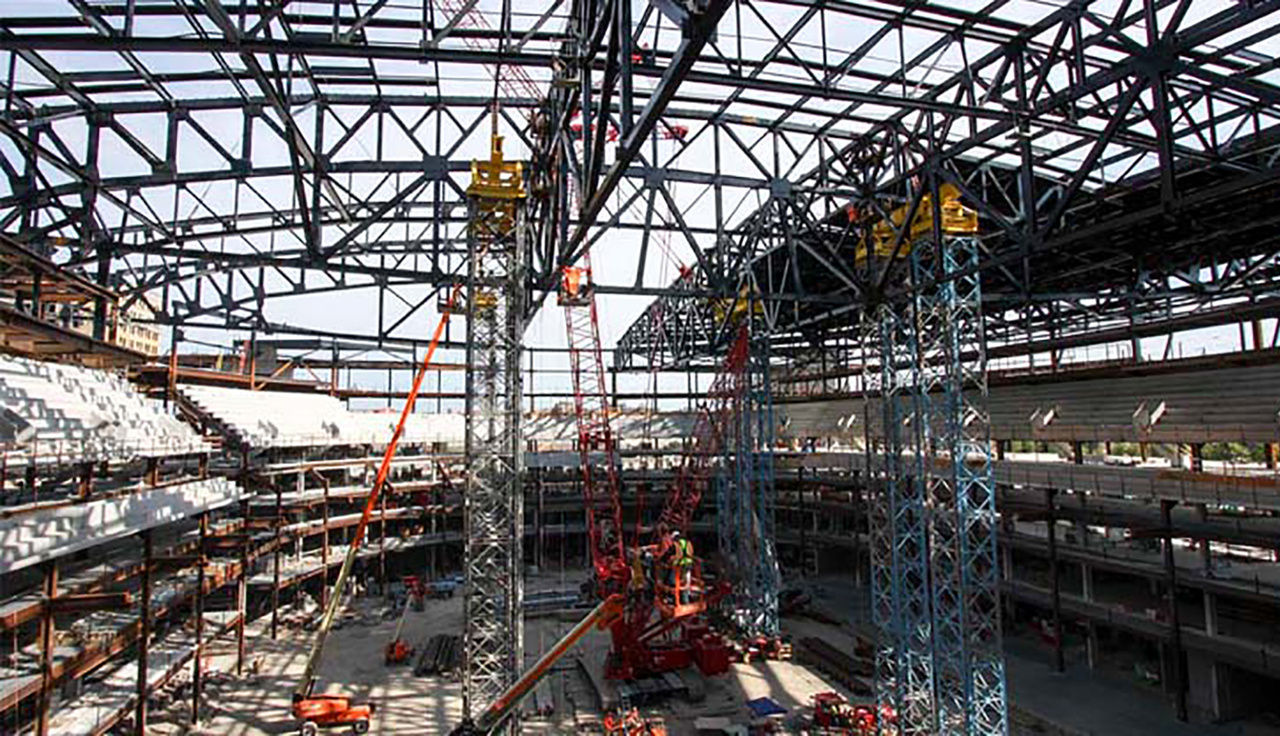 One of the most challenging parts of the project was erecting the domed roof that had to be assembled one section at a time — essentially, “in midair” — since the domed roof is a clear span structure without center supports. Contractors needed a safe way to support the trusses while Ironworkers Local 25 welded and bolted the three-section pieces together to make up a single truss. Duane Hartley, P.E., project manager with Michigan-based Midwest Steel, Inc., contacted the propping experts at Sunbelt Rentals to engineer a propping system that could provide stability for the trusses during roof construction.

“My experience with the Sunbelt Rentals tower system was good. I thought it was very easy and erector-friendly. Working with the logistics department getting material to and from the site was also a good experience. I would recommend using this tower on all of our more complicated projects.”

Our team’s engineer, Michael Ramsay, worked with Midwest Steel to develop a plan to install the roof’s 24 trusses to complete the arched portion of the dome. Ramsay commented: “The main concern for us, when dealing with 120 ft tall towers, is that any horizontal load at the top of the tower will greatly reduce the vertical capacity of the towers. The customer guy-wired the towers to ground level in one direction and tied them into the existing structure in the other direction. This helped lower the applied horizontal load to approximately 2.5% of the vertical load, essentially freeing up more of the tower legs’ capacity to be utilized by the vertical load imposed by the roof steelwork. Buildability was also a major concern for the customer, and we worked with them to ensure they were as familiar as they could be with the kit before seeing it arrive on-site. This meant that as soon as it arrived, they could get to work, pinning it together and building it up, in sections, before tilting and lifting it onto its foundations.”

The plan included the use of eight universal towers that can be used for bridge repairs, building construction, demolition, or other heavy propping. Leg-load capacities of the universal tower systems are up to 415,000 lbs. per leg — four legs to each tower.

Each roof truss was made up of three sections and assembled into one piece to span the diameter of the arena. Ironworkers installed the end pieces of a single truss and the universal towers were positioned underneath for support. Contractors then lifted in the center sections with a crane and welded them together. Next, the roof panels were laid on top of the truss skeleton to complete sections of the roof. The plan called for Midwest Steel to reposition the eight universal towers each time a section of the roof was completed until the dome was complete.

The 20,000-seat arena is within walking distance from the Detroit Tigers stadium. The facility hosts hundreds of events each year, including concerts, civic celebrations, and private events such as weddings and corporate meetings. Our team is proud to have been involved in this project to support new development in Detroit and to support the hard-working crews at Midwest Steel and Ironworkers Local 25. 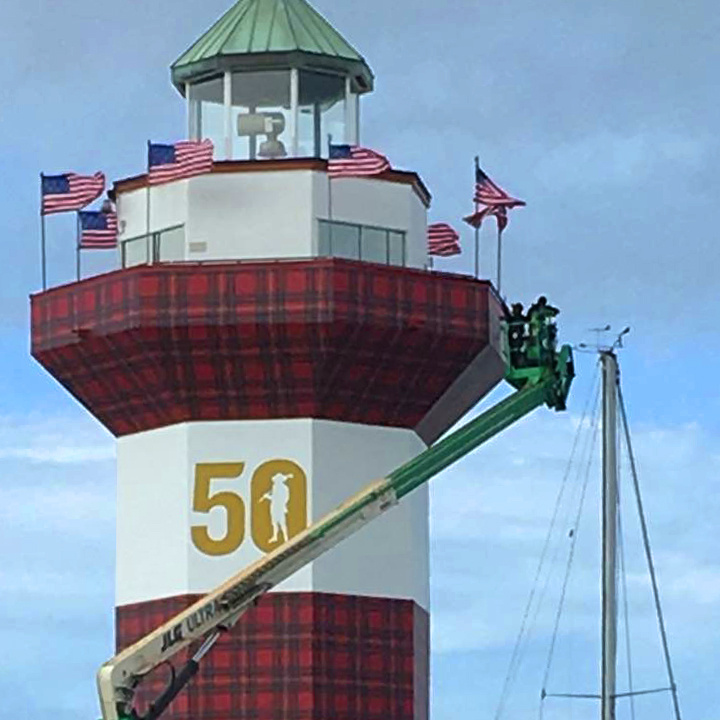 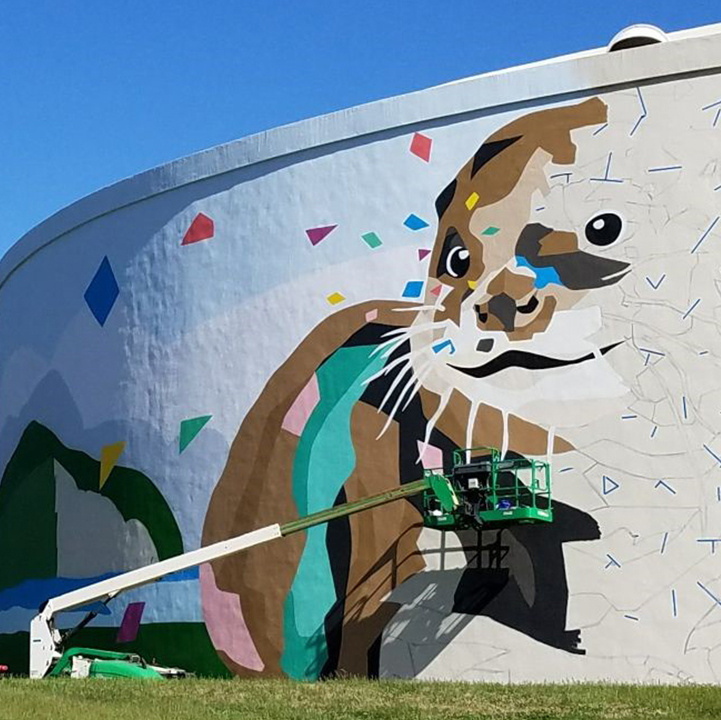 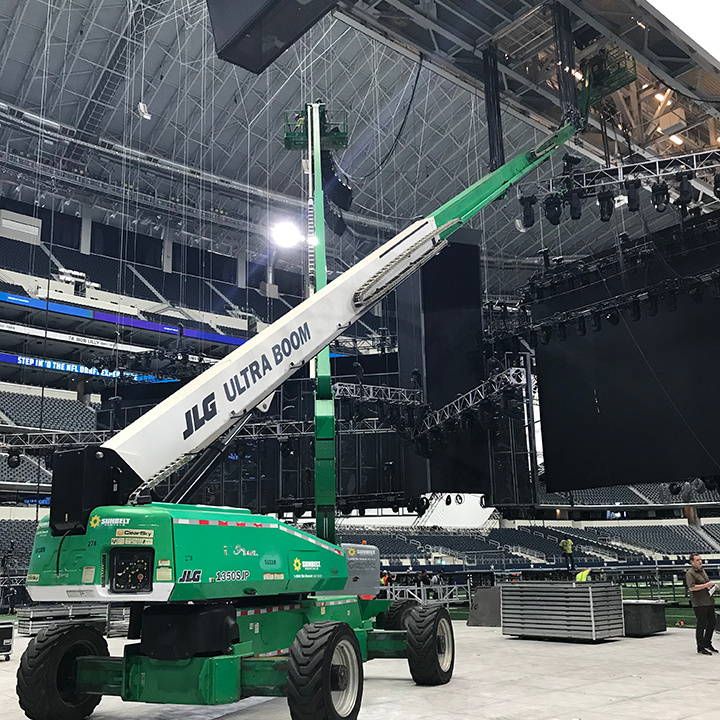 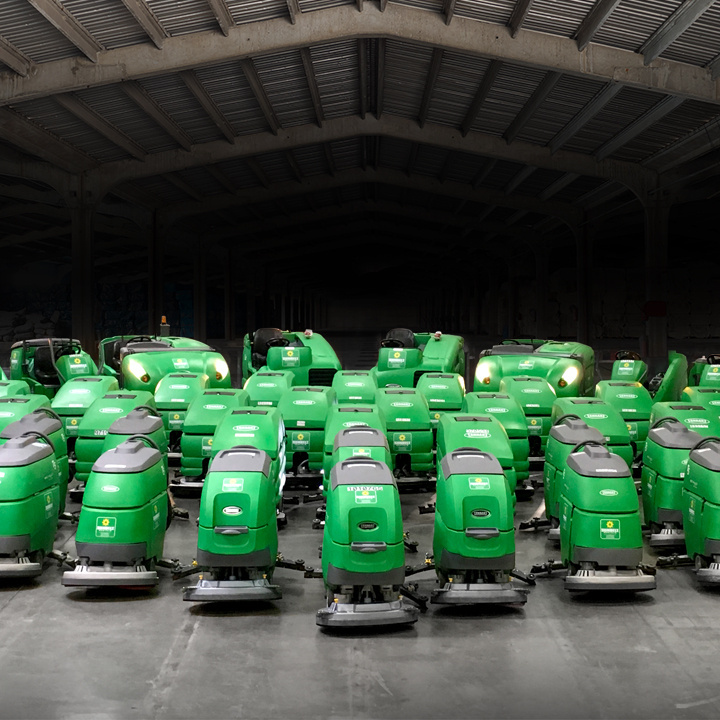 36 Machines delivered to 36 locations in 36 hours