In July 2020, Memphis, TN, hit 90° every day except two. Coupled with relative humidity above 80 percent, the heat index reached numbers that left everyone sweltering. But for those working inside, another factor came into play. 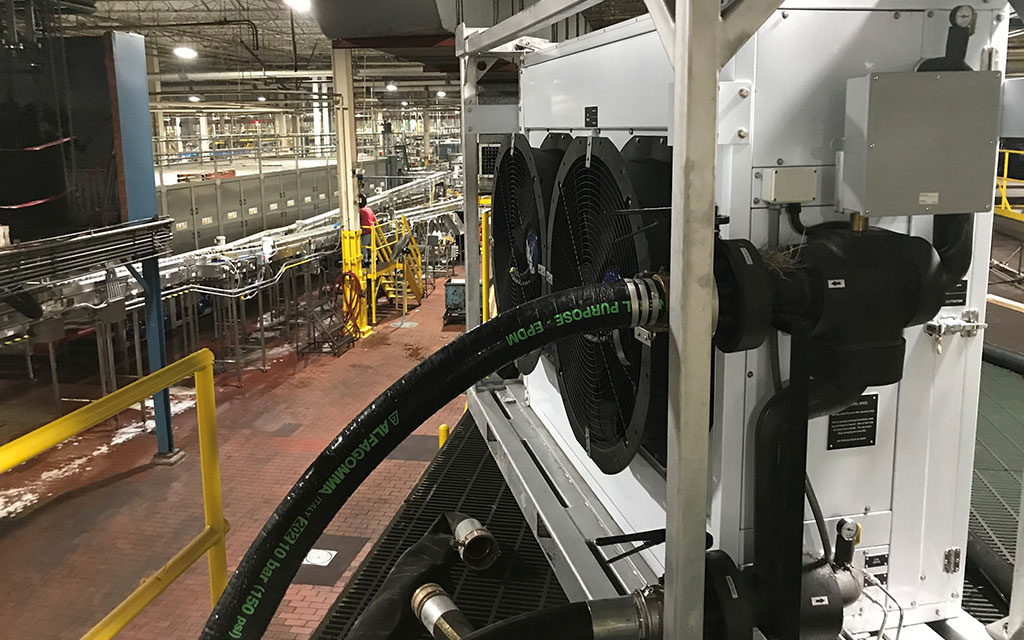 In July 2020, Memphis, TN, hit 90° every day except two. Coupled with relative humidity above 80 percent, the heat index reached numbers that left everyone sweltering. But for those working inside, another factor came into play. In late June, the mayor signed an ordinance requiring masks indoors to ward off the COVID-19 virus. At a popular brewery plant, the requirement for personal protective equipment (PPE) in the summer heat made workers in the packaging area miserable.

Workers threaten to leave in the heat of July

This brewery plant produces both national and international brands of beer on seven different production lines. The Memphis Packaging Center handles a large variety of glass and aluminum configurations, from six-packs with 11.2-ounce bottles to 24-packs with 24-ounce cans. Careful handling and inspection ensures product leaves in excellent condition, packaged appropriately for damage-free shipment. With capacity to package more than 60 million cases a year, the Memphis facility is one of the largest and most consistent producers for the company.

To avoid stopping or slowing down the busy production lines, plant management needed to address the workers’ discomfort immediately. Sunbelt Rentals was already working with the brewery’s sister plant and was familiar with the production environment. In desperate need of a quick solution, the plant manager called John Oursler, Sales Representative in the Pump Specialty.

Sharp eyes save the project

Along with Oursler, Blake Gazaway, Service Manager for Memphis Power & HVAC, and Kyle Elkins, Industrial Climate Control Representative, visited the packaging center in early July. The plant manager guided them through the space that needed cooling—188,000 square feet in the center of the warehouse floor, far from exterior walls but with adequate power to supply additional equipment. The manager hoped to cool the work areas to 85°F to avoid taking special precautions due to excessive heat.

The Sunbelt Rentals team initially suggested installing spot coolers where each employee stands on the production line, but the plant manager did not want additional heat in the space. With nowhere to duct air, installing chillers and air handlers outside the facility would not work either.

The team almost gave up. Then, Gazaway noticed a large, insulated pipe running overhead. The pipe carries a 22°F glycol-water mix used to cool machinery in the plant. The plant manager confirmed that it would be possible to tap into the flow.

Liquid at temperatures below freezing would normally cause an air handler to make ice, which would create a mess in the facility. But the Sunbelt Rentals fleet includes low-temperature air handling units with electric defrost. These air handlers can cool large spaces using anti-freeze instead of water as the coolant. With 22°F liquid running through the coils, they do start to freeze—but the unit switches to defrost until the coils are thawed, then back to cooling.

The Sunbelt Rentals team consulted the air handling equipment supplier, who determined that installing six low-temperature air handlers in the space would cool the space to 85°F or below.

A viable solution prevents a shutdown

Sunbelt Rentals required only two days to install three air handlers on each side of the packaging area. The air handlers don’t produce heat, but they do produce condensation. A six-inch drainage line already installed throughout the plant carries away condensate.

The equipment will stay in place until October when temperatures in Memphis will be more tolerable. The workers have remained on the production line, content with the more comfortable environment even while wearing PPE during the dog days of summer. Managers at the plant no longer need to dread losing workers and production.

The Sunbelt Rentals team demonstrated remarkable persistence and ingenuity as they strived to find a solution for a customer who could not continue operating without one. The willingness to keep working toward an answer to even the toughest problems sets Sunbelt Rentals apart from—and above—the competition. 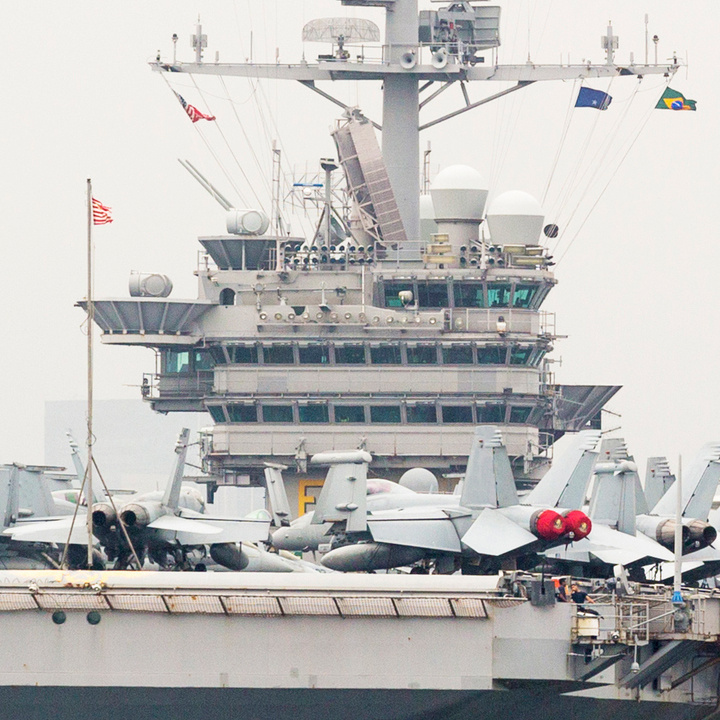 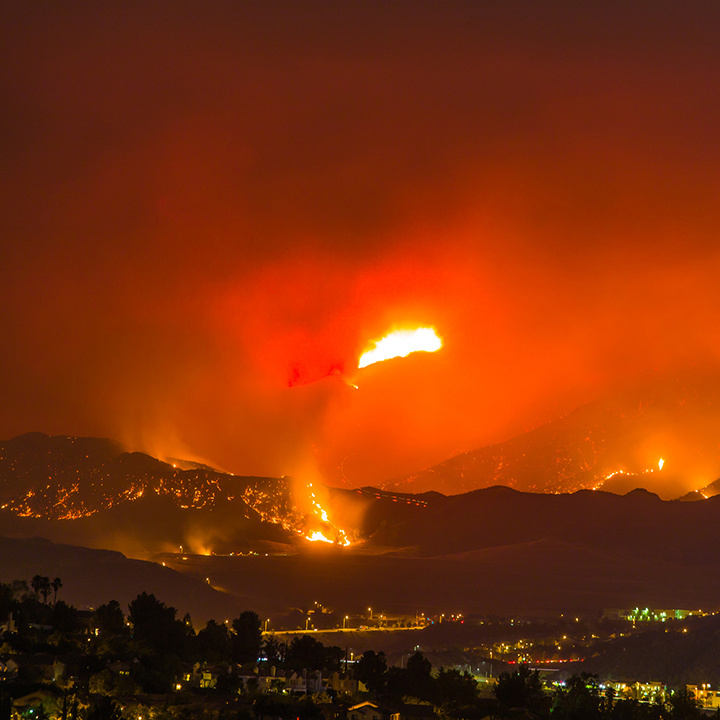 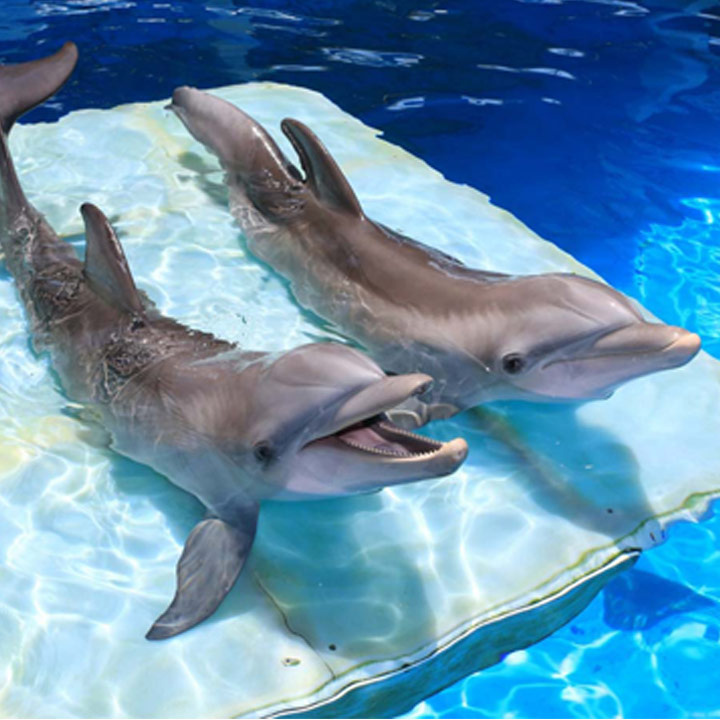 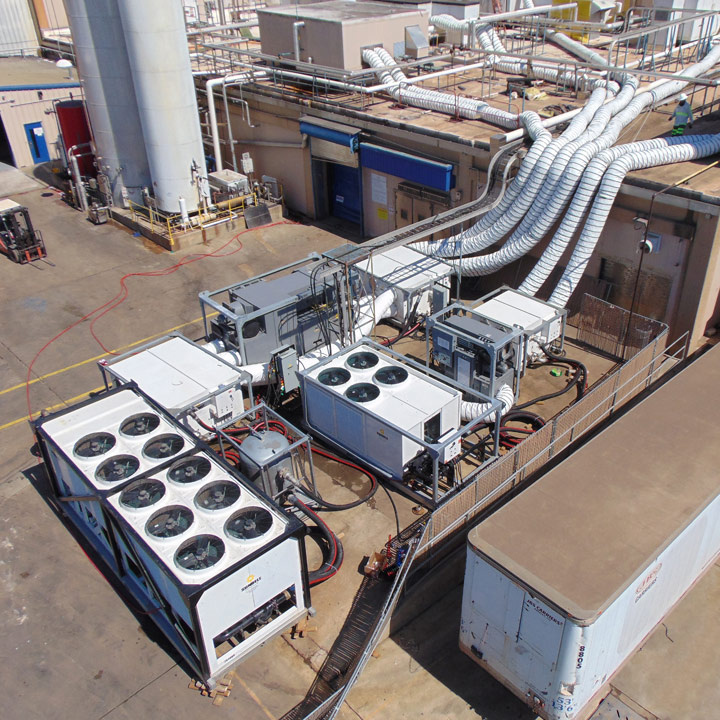